In their 2015 Annual Report, AVEC (the EU Poultry Trade Association) published statistics on the consumption of poultry meat per head throughout the EU.

In the global league table, the leaders are the USA at a staggering 50.7kg, so that’s a big figure to aim for! 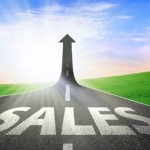 Munster Sales Set to Grow
We use cookies to ensure that we give you the best experience on our website. If you continue to use this site we will assume that you are happy with it.YesNo